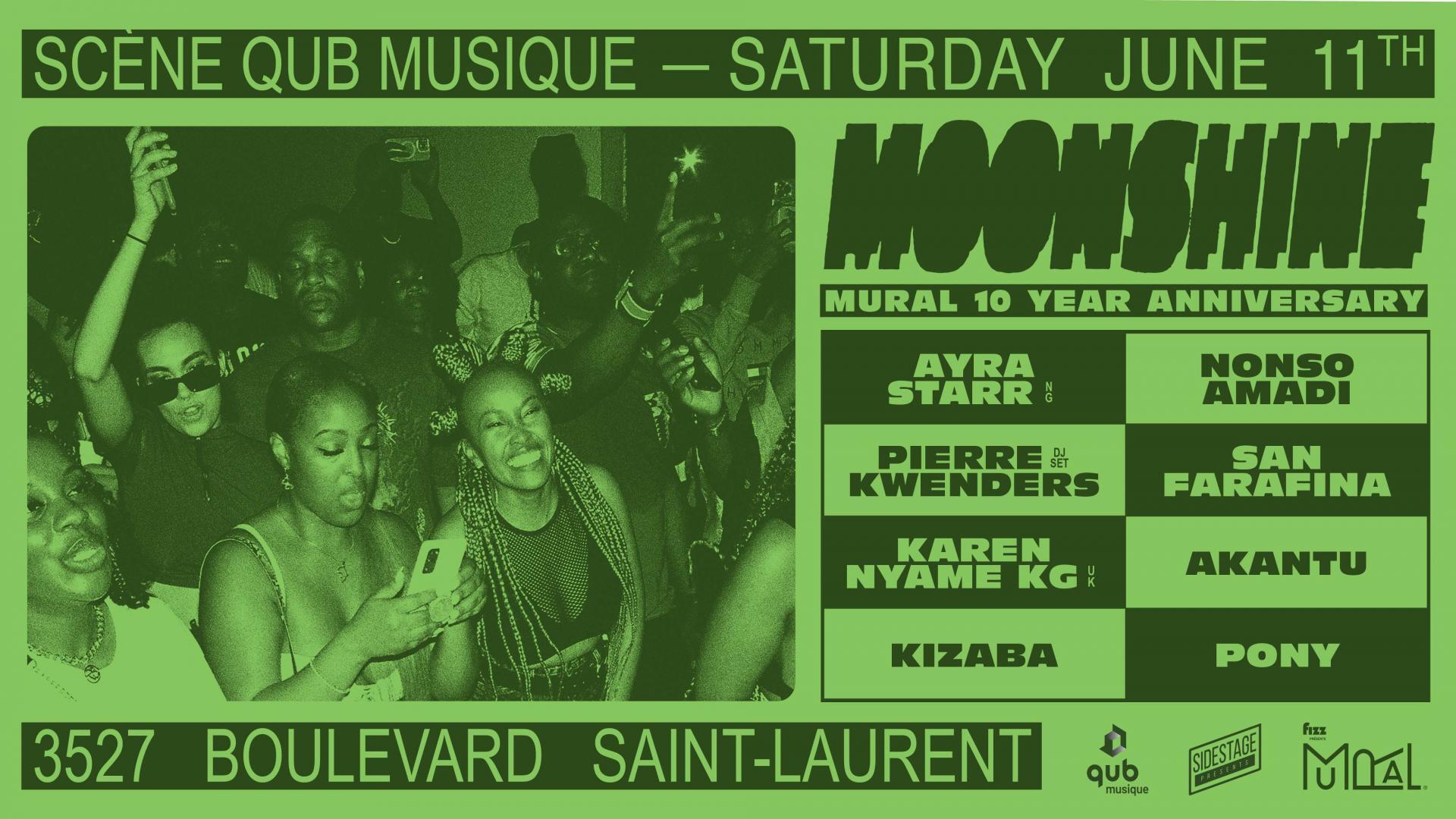 Ayra Starr
with Moonshine
and guests

Songbird Ayra Starr is impossible to ignore. Born in Benin Republic, the 18-year-old was raised between the beach city of Cotonou and the cultural hub of Lagos. This mix of cultures inspires her global approach to music, art and life. She's inspired by the regal earthiness of Angelique Kidjo, Rihanna's free spirit and feisty confidence, 90s fashion music icons such as Aaliyah, and the edgy aesthetic of emo-pop.

Since its founding in 2014, Moonshine has carved out a niche in the nightlife milieu by celebrating a wide range of fledgling talents, championing Afro-futuristic, bass-heavy, electro-funk sounds, and bringing together communities that wouldn't necessarily cross paths otherwise. As the name indicates, the lunar-based Moonshine recipe has the collective throw an all-night, sensory-soaked party on the Saturday after every full moon in ever-shifting, unpredictable locations, always strictly disclosed via text messages. With fresh cuts supplied by resident DJs and producers, visual installations, and a slew of live musicians and performers that have included Kaytranada, Dâm-Funk, DJ Maphorisa, Le1f, Venus X, DJ Windows 98 (Arcade Fire's Win Butler), Bambii and Branko, the parties have become a staple of the after-hours scene, in Canada and abroad.