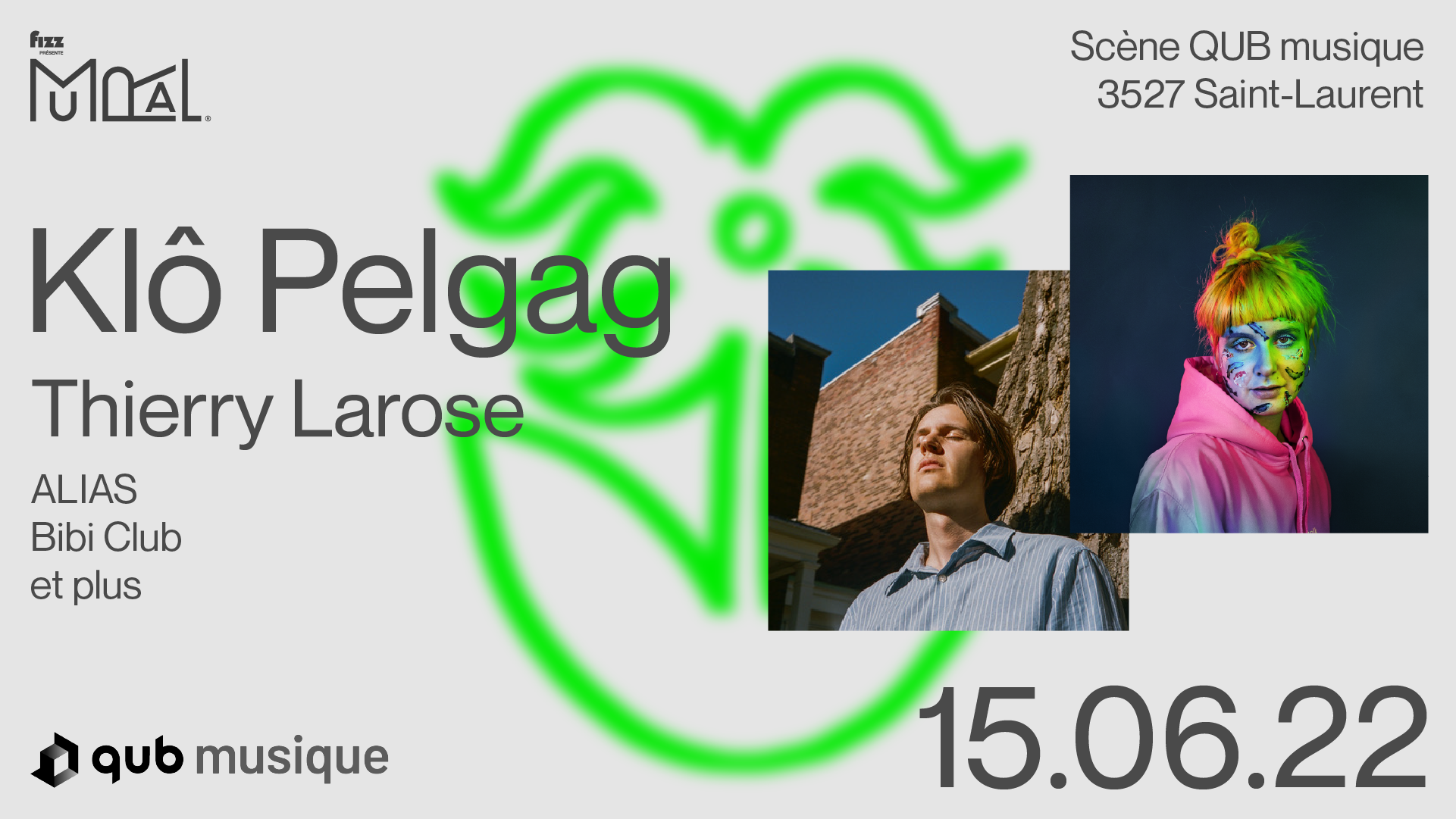 Since her emergence in 2013, Klô Pelgag has become a breath of fresh air in the French musical landscape. The singer-songwriter has become one of the most convincing and unique voices of her generation.

Notre-Dame-des-Sept-Douleurs, her third and most recent album, tells the story of an intrinsic journey that is at times suffocating, yet powerfully emancipating and liberating. These songs belong to an unraveled universe and are probably the most limpid and personal work the artist has offered to date.

The ethereal essence of Klô Pelgag's poetry and musicality is transcended on stage, thanks in particular to her musicians: Étienne Dupré (bass), François Zaïdan (keyboards, bass, guitar), Pete Pételle (drums) and Virginie Reid (keyboards). The nucleus manages to transmute reality and leaves the spectator with an indelible wave of wonder.

Originally from Marieville, Thierry Larose marked his adolescence with lo-fi American pop and Quebec indie songs of the 2000s, and arrived in Montreal during the summer of 2018, in his early twenties, with the sole intention of taking a sabbatical from studies in literature to focus entirely on music. In a few months, he gathered musicians, entered the studio to record 4 pieces and was selected for the showcase competition Les Francouvertes. Then the bursts follow: Safia Nolin invites him to play some of her opening acts, he is invited to play at Pop Montreal, Santa Teresa and St-Roch XP without really having any music online, he releases a 2-piece EP, the Boulay sisters also invite him to open a few dates for them and, in October 2019, he enters the studio to work on his first album. Vector and glittering rock, indie pop of a floating youth, songs as beautiful as they are permeable, and lyrics with narratives subtly slipped behind images whose detached irony hints at the applied statements: it's coming.