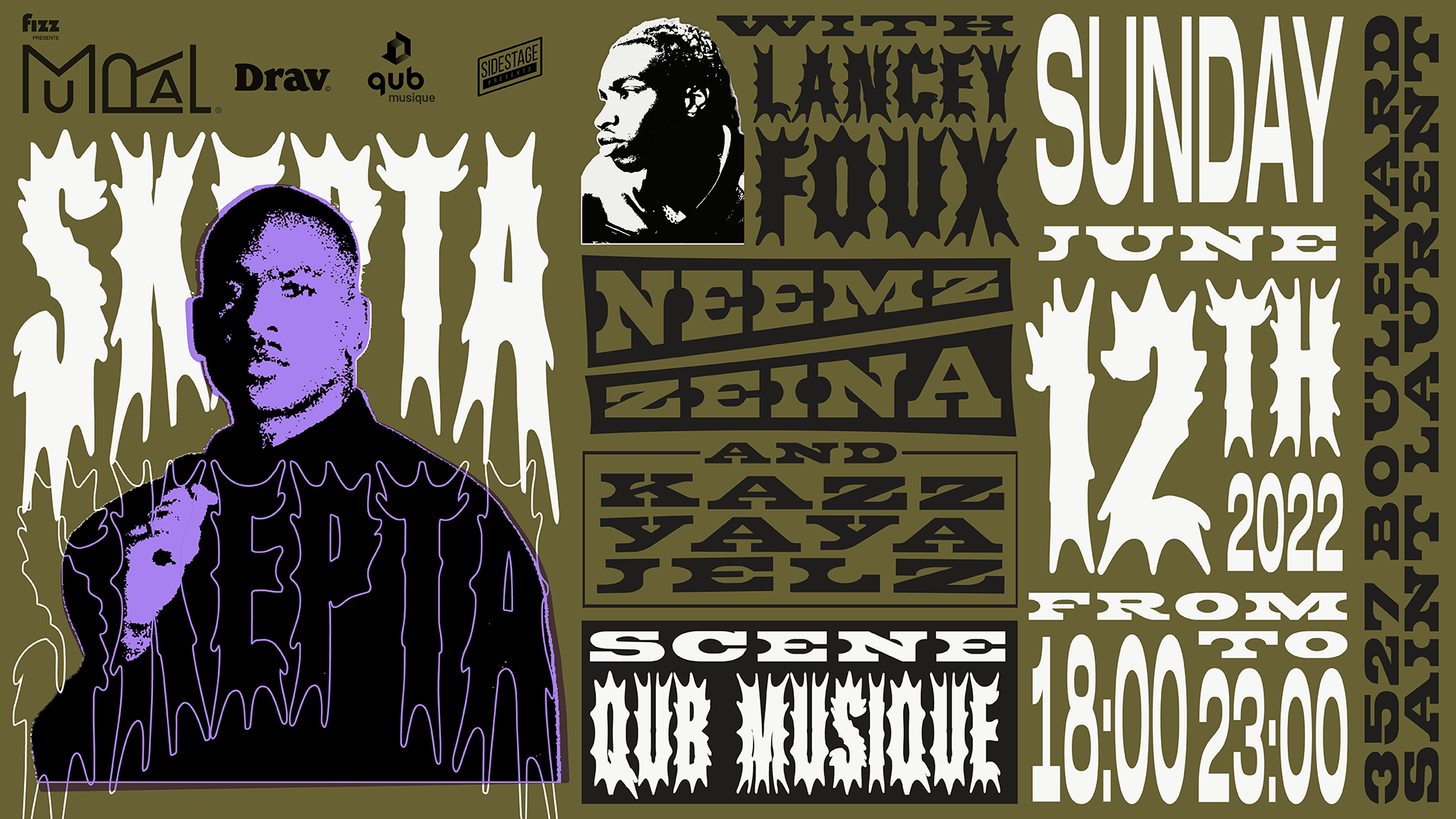 Skepta
with Lancey Foux
and guests

A veteran of the U.K. grime scene, MC, producer, and record-label owner Skepta was influential in the genre's shift from the underground to the pop charts, as well as its creative and commercial resurgence during the mid-2010s. With the release of his fourth album, 2016's Konnichiwa, he made his commercial and critical breakthrough, winning that year's Mercury Prize and earning gold certification. 2019's Ignorance Is Bliss fared just as well on the U.K. charts and spawned his highest-charting single to date, "Greaze Mode." As his star continued to rise on the global scene, he collaborated with the likes of Chip and Young Adz for 2020's Insomnia, as well as with J Balvin for 2021's "Nirvana" from his All In EP.

Who is Lancey Foux? What might seem like a simple question becomes an intricate and complex review within 5 minutes of chilling with the East London artist. After admitting that he first started recording music for fun and making over 500 tracks just by freestyling over downloaded YouTube instrumentals, he first popped up on many people's radars back in 2015. It was the release of his full-length EP, 'PINK' that got people looking. The fact that the EP boasted 14 tracks was rule-bending to say the least and his non-conformity was something that rang true throughout, with a diverse pallet of inspirations and sounds.